Can Apple Pay help to save Apple Watch?

Like many people, I’ve previously come to regard the Apple Watch as ugly, inconvenient and pointless.

Initially I awaited its arrival with interest.  I trialed it with enthusiasm to learn how this new bit of hardware might help, and maybe even transform, my life.

But over time I found that I was using it less and less, the usability issues became harder to accommodate and the incessant buzzing on my wrist became more irritating than helpful.

And so, along with many people, I drifted away from its use.  It wasn’t a deliberate decision; more a question of losing interest.  And so for the last six months my Apple Watch has been relegated to the role of test device for app development.

That’s not to say that there aren’t many people who love their Apple Watch. There are plenty of people who love being so intimately aware of incoming phone calls, upcoming meetings, text messages, driving instructions, etc.  And there is a sizable population who like it for its fitness and health benefits.

It’s just that I’m not one of them.  I don’t use the fitness monitoring; I’m more irritated than excited by the alerts; and to be honest, I don’t like that it looks less like a a quality time piece and more like a small phone strapped to my wrist.  Call me traditional… but it doesn’t help that I don’t like its appearance. 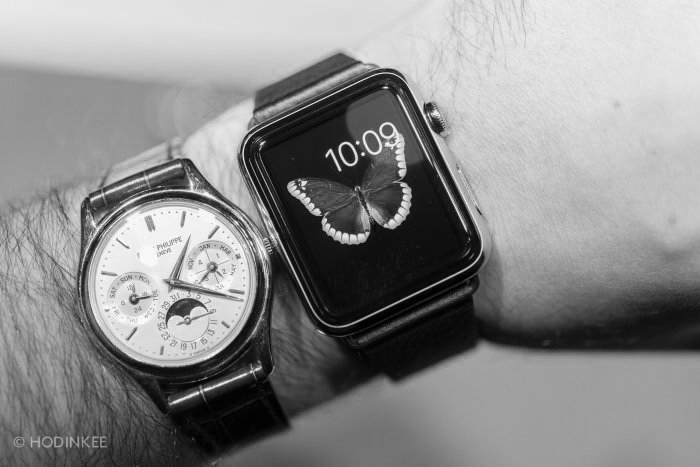 And I’m not alone – the internet is full of people bagging the device – all of which probably accounts for the watch’s apparent low sales volumes.

However, the other day, ANZ launched Apple Pay in Australia (disclosure:  I’m an ANZ customer) and I tried out Apple Pay, both on the phone and on the watch:  and I think I might be prepared to change my mind.

The payments experience with Apple Pay is quite clearly more convenient, seamless and enjoyable than with just about any other mobile payments solution currently available within Australia.  The reasons are:

For those of you not familiar with Apple Pay, let me explain.

To pay with Apple Pay you first provision your card to the phone and to the watch.  This involves going through a few simple steps to input your card details and confirming things via a couple of text messages.  The on-boarding process is simple and quick.

Once that’s done your card is available for use through Apple’s Wallet app on your phone.  To pay, all you do is wave your phone over the POS terminal while at the same time holding your thumb on the phone’s Home Button.  Touch ID confirms your fingerprint, the transaction is authorised and you’re finished.  It’s that easy.

And the payment experience with Apple Watch is even easier.  Just double tap the side button to activate the Wallet app on your watch, then hold your wrist over the POS terminal.  Done! You don’t even have to take your phone out of your pocket.

I think this is exciting and it’s bordering on making me reconsider my thoughts about Apple Watch.  Using this approach, the payments process is seamless, straight-forward and wonderfully easy.

About the only way you could possibly imagine the payments experience being any simpler is if you could walk into the shop, pick up your goods and just walk out again, as per some the initiatives that have been trialed by Square and now Google.

So, the question has to be asked:  if this is all so easy, why hasn’t Apple Watch been more of a success, especially in the US where Apple Pay has been available for some time?

The answer, I think has a couple of legs to it.

Problem 1:  your watch needs a phone

Firstly, there is the well-documented fact that Apple Watch currently has one main problem:  it’s tethered to a phone can only work that way.  Try to use your watch when it’s away from your phone or loses connectivity and it loses most of its usefulness.

It seems that both of these matters are being addressed:

If/once these two initiatives are progressed, then I think you have a one half of what’s needed to make the Apple Watch payments experience truly compelling.

Problem 2:  you need to be able to use your watch everywhere

However, the second requirement has nothing to do with Apple Watch.  It’s the need to have a payments ecosystem that allows consumers to make Apple Watch payments any where, any place, any time.

As I’ve written elsewhere, there are two features of the Australian payments landscape which are not present in the US, which I think may mean that Australia will become a more successful market for Apple Watch payments than the US:  ubiquity and interoperability.

In contrast to the US, NFC-enabled POS terminals are everywhere in Australia.  This has allowed consumers to have confidence in the availability of a ubiquitous contactless payments network, and, indeed to come to expect it.

Again, in contrast to the US, pretty-much all Australian POS terminals accept all contactless payments.  This means I can walk up to a merchant counter and have confidence that my card (or watch) will work irrespective of the merchant’s acquirer or my card issuer.

As I say, these two features are (currently) lacking in the US.  And this, I would argue, (along with the points I’ve raised above re the way Apple Watch operates) is likely to be one of the reasons Apple Watch hasn’t taken off in the US the way Apple would have hoped.

What will the Australian experience be?  It’s obviously too early to know, but my guess is that we will see:

Now I know that payments is not the only use case driving take-up of the Apple Watch.  But I think that if the issues I’ve outlined above can be addressed, then this presents a compelling reason to use the device.

Now if only they could make the next version look nicer… 🙂

One thought on “Can Apple Pay help to save Apple Watch?”